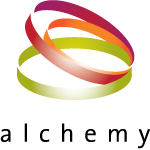 Annette studied cello at the Royal Irish Academy of Music with Coral Bognuda, Ivan Andrews and Aisling Drury-Byrne. At the age of sixteen, she won an Arts Council grant to study with Antonio Janigro at the Mozarteum in Salzburg. Annette is a prizewinner of International competitions in Europe and the U.S. and has performed as soloist with many orchestras, including the Sűdwestfunk Orchester, RTE Concert Orchestra and the National Symphony Orchestra. In 1989 she was the first Irish musician accepted to the prestigious Schleswig-Holstein International Orchestra which toured Europe and Russia with Leonard Berstein. Annette has performed solo recitals and television broadcasts internationally, including a Southern African tour and five tours of Japan. As Principal and Co-Principal cellist, Annette has worked with many orchestras and chamber groups including the RTE Concert Orchestra, D’Oyly Carte Opera, Bournemouth Symphony Orchestra, Irish Chamber Orchestra, London Symphony Orchestra and others. Annette has performed extensively on baroque cello with many early music ensembles. She has performed as soloist with Musica Viva, USA under the direction of lutist, James Tyler.At present, Annette teaches cello and chamber music at the Royal Irish Academy of Music and gives annual master classes at Ceol – na – Mara Summer School for Strings in Connemara.

Rachel Factor is a graduate of the Masters Degree in Music Performance and Musicology from NUI Maynooth. She was first introduced to the harpsichord while studying piano as part of her Music Performance Degree at the Royal Irish Academy of Music. There she studied with Gillian Smith and in later years David Adams. In London, Rachel has received tutelage from such artists as Carole Cerasi and Laurence Cummings.

Rachel has worked with many of Ireland’s leading ensembles including The Irish Chamber Orchestra, The Ulster Orchestra,The RTE Concert Orchestra and The Irish Baroque Orchestra collaboration projects, The Orchestra of St.Cecilia and Trio Quattro. She has held engagements as a chamber musician at The Dublin Handel Festival and The Ardee Baroque Festival. Rachel has also participated in lunchtime recitals recorded for and broadcast by Lyric FM.

She is also keen to explore the harpsichords full repertoire and has played with contemporary groups such as Crash Ensemble and The Irish Composer’s Collective performing wing Ensemble ICC.

Rachel performed her London debut at Handel House Museum in June 2013 to much success and holds future engagements in London for 2014. Rachel is a recipient of The Music Network Capital Scheme and plays a harpsichord after Iaonnes Ruckers 1628. She greatly acknowledges the support of Music Network and The Arts Council.

Lucy began playing and performing on the viol as a teenager and has had the good fortune and great pleasure of playing with many wonderful musicians and diverse groups since then. Performing all over Ireland at Early music festivals in Belfast, Dublin, Lismore, Galway, Sligo and Cork and many other venues around the country.
The viol is a sociable instrument which loves to resonate with others and was often played in small intimate groups, of all viols ( trebles, tenors, basses ) or with other instruments of the time. It’s sweet tone has been likened to the human voice with which it blends beautifully.

Whistle player Cormac Breatnach was immersed in the Irish musical tradition from early childhood. Throughout his long career he has played with artists as diverse as Elvis Costello, Vanessa Williams, Donal Lunny, Bernard Purdie and Susan McKeown and has recorded many albums to date.

Cormac’s music is highly influenced by jazz and blues. Recently, he has acknowledged and embraced his Spanish/Basque roots.

Cormac launched his new Concept CD “Éalú” (meaning escape) in March 2012 featuring Irish, Basque, Castilian and new compositions including 2 songs – you can also see and hear on the website (a) an introductory animation and (b) a spoken introduction to this Album.

In 2006 Eamon Sweeney was awarded the first musicology PhD to be accredited by DIT Conservatory of Music and Drama. His doctoral thesis, The Guitar and its role as an accompanying instrument in seventeenth – and early eighteenth-century France, investigated the five-course guitar’s role as a continuo instrument in the court of Louis XIV, a hitherto unexplored area of French baroque music and early guitar performance practice. Eamon has lectured and given seminars on Baroque guitar performance at Dublin, Dundee and Bath International Guitar Festivals as well as for DIT and UCD.
In 1999 Eamon received his BMus (1st Class) in Guitar Performance from Trinity College, Dublin and DIT Conservatory of Music and Drama and has since performed on stage, radio and television, both as a solo artist and with various ensembles including the National Symphony Orchestra, National Concert Orchestra and Opera Theatre Company.

Classical guitarist Redmond O’Toole is the first to adapt to Paul Galbraith’s 8-string guitar, played in the position of a cello, which allows him an extension of range, colour and repertoire. Through his unorthodox playing style and committed musicianship he has emerged as one of the most innovative and exciting young guitarists in Europe. As well as solo performances in major festivals and concert seasons in Ireland, concerts have brought him around Europe and North and South America. Collaborations include Mary Coughlan, the RTÉ Vanbrugh Quartet, the Callino Quartet, the Dublin Guitar Quartet, violinist Elizabeth Cooney, cellist Raphael Wallfisch, and poet Michael Longley; he is a regular guest guitarist with the Chieftans. Redmond’s repertoire features many of his own arrangements of Baroque and Classical music previously unknown on guitar. He is also highly interested in new music and has premiered works by major composers including Kevin Volans, John Mc Laughlin, Ian Wilson and Benjamin Dwyer.

Aisling Seery, a native of Bray burst onto the early music scene when she won the RDS music bursary for 10,000 euro in 2006 after only beginning the recorder two years previously. This was at the time the largest music prize in the country. Since then she has regularly performed throughout the country in venues such as the RDS, National Concert hall, Cork School of Music, and the National Art gallery.
Aisling studied for her undergraduate degree at DIT conservatory of Music with Laoise O Brien where as well as graduating with honours she won numerous awards and prizes. She has had attended Masterclasses internationally with Pamela Thorby, Dan Laurin, Ian Watkins and many others.
Aisling is a passionate educator and teaches in various music schools and primary schools in Wicklow through Music Generation. She believes that every child should have the right to learn a musical instrument and for the last number of years has been concentrating on setting up orchestra programmes in numerous primary schools in the country. She also regularly holds masterclasses, and works as an examiner for the Royal Irish Academy of Music.

Opera, Oratorio, Recital and Concert platforms are all part of Toni’s vast experience as a singer. She has performed throughout Ireland from the National Concert Hall and Hugh Lane Gallery to Wexford Opera House and abroad including Paris and Monte Carlo. As well as touring with Opera Theatre Company she has made guest appearances with Lyric Opera and Anna Livia International Opera. Recordings include RTE television and Radio performances.

Spanish music is a particular love of Toni’s and she is delighted to have the opportunity to perform the de Falla songs this evening.

Toni holds an honours masters degree in performance and teaches singing in the DIT Conservatory of Music and Drama, Bray Music Centre and Music Generation Wicklow.

She lives in Ashford with her husband Mick and four children.